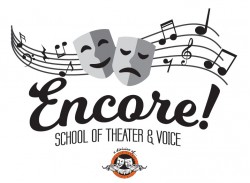 Encore! School of Theater & Voice is offering a youth musical theater project  - BROKE, BANKRUPT, BUSTED!  Our class objectives for both theater and voice can be found on or website under the ENCORE tab on the homepage. These objectives will be worked into every aspect of rehearsals!

Rehearsals will be held in the Crossroads Auditorium at the MVDC every Thursday, beginning February 27th from 6-8pm.  Three performances as well as a dress and tech rehearsal will be held on the first weekend in June, 2020   The class fee is $50 per student and includes a script, 13 classes/rehearsals including vocal, theatrical and choreography instruction.  Tickets will be made available for $5 per seat per performance closer to show time.

Registration information can be completed under the ENCORE tab on the Orange Barrel website, ohiodrama.com   Class fees can be paid by clicking on the BUY TICKET tab on the homepage (order online)

Broke, Bankrupt, Busted is a stage adaptation from the book, The Toothfairy IS BROKE by John Robbins.  The story features  characters such as: The Tooth fairy, The Sand Man, Cupid, The Bluebird of Happiness, Oberon the King, Narrators, Underground Trolls, A Dragon and more!  It's is a light musical - four choreographed songs with solos and ensemble parts and plenty of dialogue for all!  Suggested ages are 6-18

Designed and Hosted by Derr Designs